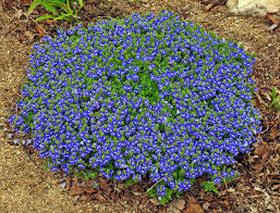 Irene Anthony was elected the fist club President, with Natalie Berger as Vice President,
and Mildred House as Program Chairman.

Membership in the club grew rapidly. Most members either had young children or were teachers.
For that reason meetings were held in the evening at homes of the members.
Dues were $5.00 a year. Good speakers were readily available so their programs were excellent.

Over the years the Bayberry Garden Club has flourished
and became a member of the Rhode Island Federation of Garden Clubs in 2001.